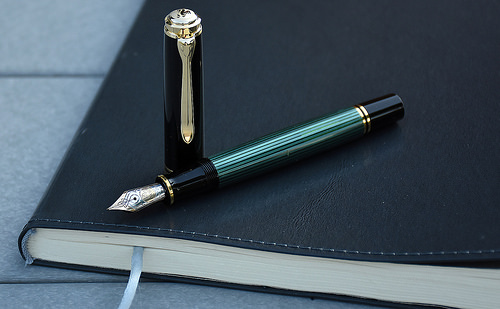 As you may already have seen, this website is static html. I want to share how I do it. My goals:

TL;DR: I have a tox configuration that does the heavy lifting for publishing content written with pelican, check how it’s done on the appropriate github repo

Multiple solutions for the automation

So I had multiple choices:

The first solution is simple to setup and relies on a lot of different parties (“vendors”).

The second seems more tedious on the long run.

The git hooks is more contained (it’s pure git without fuss!) but requires to either have a proper git server that will handle my python builds, or a way to setup the client hooks and/or dependencies on the node that is used for writing the blog.

As I’ll host everything on a public git (github in my case), I decided to go for the last one. The github server hooks are limited to curl things, So I can’t have proper testing there. And because I want an easy clone/work way of things, I can’t use use client side hooks. That’s why I’ll use tox for testing.

Tox to the rescue

If you don’t know tox, I invite you to look at this wonder. In our case here, it’s basically a python’s virtualenv-aware make command. It’s a good python automation & testing tool.

Thanks to tox behavior, I can just focus on content: The tox.ini will hold the information about the commands to run (I’ll definitely forget these, so having one ini file as a reminder is good for me!) and run each test in its own virtualenv, which I find good for avoiding pollution on your “writing node”. The requirements for this “writing node” is simple: python, tox, and virtualenv. If you really want to reduce your host dependencies, you could even run tox in a virtualenv.

So, I have one repo with my environment, holding the pelican and tox configuration files, the markdown-rst-whatever files and other static content. When I want to work, I clone this repository and use my text editor to write in content/. Simple, right?

Let’s have a look at my tox.ini configuration file:

One of the first steps invoked when running tox is python setup.py sdist, that should generate your package.zip.

In our case, we don’t have a setup.py or setup.cfg holding our code. We’re barely using python stuff. So, we can skip this step by setting:

Tox then creates the virtualenvs. There are lots of ways to affect this, I invite you to check at the tox documentation. Tox, by default, creates its virtualenvs in .tox/ folder. Every tox command will create its own virtualenv inside this folder.

I defined two different virtual environments, one for the linting (facultative), and one for pelican jobs. I want to keep them separate because they can have different dependencies.

So, the next steps for tox is to calculate/install the dependencies.

tox reads the deps section of each environment configuration (if any). This overrides the default testenv deps configuration.

tox then installs the result of the python setup.py sdist (for example, a package.zip). Here this step is skipped.

tox reads the command section relative to the virtualenv to run the job.

I have a “linters” test command (tox -e linters), that is used for … linting the restructured text files, obviously.

The linter tool is not being nice with the others, and like I said before, I’ve isolated the linter tool from the others. It has therefore its own configuration section, to setup a different list of dependencies. For the linters, I just needed restructuredtext_lint as dependency.

For the command part, I wrote a small python script that dumps (in a friendly manner) my next mistake.

My main testenv section is for my pelican work. This section has multiple commands: one that can generates the content with the testing profile (build), watch for saves changes (watch), serve the web content using twisted (serve) and finally deploy to production (publish).

To avoid having multiple virtualenvs (one per command), I make sure that all the commands have the same environment by setting envdir in testenv:

Because testenv is the parent and testenv:linters inherit from it, the previous change made linters’ virtualenv the same as the others. Thefore, I need to override the linters’s envdir configuration:

It means that the linters virtualenv is now unlinked (again) from the “functional” virtualenv.

With the fact that python can easily be found on most OSes, I think this workflow is quite simple to follow.