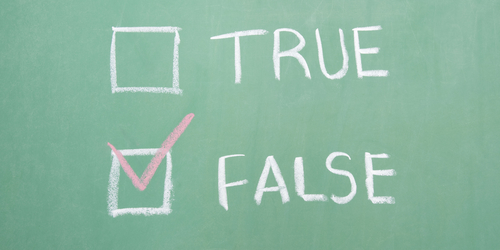 If you haven’t looked at ansible ‘local’ facts yet, maybe this article will encourage you to do so. Ansible ‘local’ facts is a very powerful tool to get information, statically or dynamically, on your hosts WHEN the hosts are the authoritative source of truth.

The example in the documentation is so simple it could be overlooked. You should use it if you don’t already use facter or ohai.

Let’s start with the example of the documentation:

If you write a file named something.fact into /etc/ansible/facts.d/, you may use its content as local fact by using:

after running the setup module.

So, if you have a file, named a.fact, containing:

You could use {{ ansible_local.a.b.c }} for anything. Tasks, conditionals… (Remember you could use set_fact for caching in your local play!)

As long as this file is readable under a json or a ini form, ansible will take it.

So, when is it useful, and what could I use it for?

If you have to configure a software depending on its state, and that software doesn’t report to a centralized state management system, that’s where your local fact will shine.

Example, you want to ensure your Galera cluster is in a correct state, and erase the state of an incorrect node. For that, you may need to compare what each node “sees”, and therefore a centralized view can’t help you.

You can write a script (let’s call it galera.fact) with the simple following content1:

Don’t forget to mark it as executable.

You can now see the status of your node(s) by looking at {{ ansible_local.galera.cluster_status.status }}".

The local facts will slow up your playbooks!

Calling the setup module (which happens by default on a playbook unless gather_facts is set to no) will trigger the “local” data generation. If your script is slow to execute, you will have to face the slowdown.

On top of that, you’ll carry extra variables in your vars/hostvars, which burdens ansible on very large environments.

The alternative approach would be that your script pushes to a central local location, like a redis k/v store, or etcd.

To do an action when your galera cluster status is not “Primary”, you’d have to ensure the full fact chain is set. If you are not sure about whether your fact is defined or not, you could end up writing a waterfall of checks just to be able to read {{ ansible_local.galera.cluster_status.status }}.

Hopefully here, if you can install jmespath3, ansible got you covered with the json_query filter.

You can run in this case:

For your information, json_query will return an empty string, not an error, if the element is not found. That’s why I am using default('something',True).

Ansible local facts is a double-edged sword. It’s very powerful to get a complete a view of your environment if you don’t already use another method. However, it comes with slowness.

I would still recommend use local facts as much as possible if you can’t use a central approach, they are more flexible and faster to write than writing an inventory, a var plugin, or an inventory plugin!